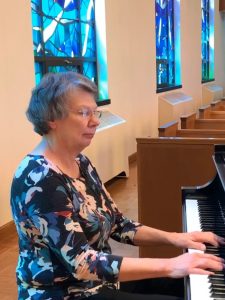 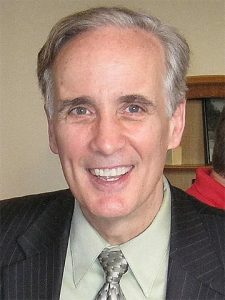 We are living in unprecedented times.  And at no other point in my entire life have I ever felt the Passover resonate so deeply.  We know from the narrative in the Book of Exodus that the Hebrews were living in exile from their homeland and were settled in Egypt.  The Pharaoh, worried that the Hebrews would soon outnumber his own people, orders them into slavery.  He also commands that all sons born to Hebrews be drowned in the Nile.

Moses, who was born and adopted by the Pharaoh’s daughter, grows up and is asked by God to tell the Pharaoh to let the Hebrews leave.  The Pharaoh says no, so God delivers a series of plagues.  In the tenth and final plague God comes through Egypt and takes the life of the first-born in every home.

The Hebrews are told to mark their door with the blood of a sacrificed lamb and God will pass over their homes.  The Pharaoh’s son is killed during the tenth plague, convincing him to set the Hebrews free.  He changes his mind, though, and pursues Moses and company to the edge of the Red Sea where God intervenes and divides the waters.  Divine intervention sets them free through the parted waters.

Some three thousand years later, we are experiencing a present-day Passover.  Like the Hebrews we too, are living in diaspora, exiled from our lives as we have known them up to now.  No dinner with friends at a nearby restaurant, no gathering for a sporting event, no shopping at the mall, no catching a movie at the local theatre, no classes at the schools, no service in our house of worship.

There is a plague out there called COVID-19, the coronavirus.  And like the Hebrews, we are being told to stay in our homes, to keep six feet away from others, to wash our hands.  We’re huddled in our houses filled with unknowing fear and waiting for it to pass over us.  We pray that God will send us someone or something that will lead us out of the Egypt of our lives, this virus which chases us as viciously as the Pharaoh’s soldiers pursued the fleeing Hebrews.  In the meantime, we desperately look towards a new tomorrow, a brighter day when we won’t have to wear a mask when we step outside our front door, when we will be able to gather in community with others, when we will no longer live in fear.

It’s hard for us to see our way out of the malaise we find ourselves in today. It all seems as impassable as the Red Sea must have looked to the Hebrews three thousand years ago.  Like the Hebrews fleeing Egypt, or their descendants a thousand years later who had lost all hope after the death of Jesus, God will free us from the chains that bind us.  Now more than ever, we need to believe.

Now is not the time to question why.  We simply need to draw closer to God in prayer, ask God to walk beside us on this journey, to guide and direct us through our troubles, to show us the way out of our wilderness, and to lead us to the promised land.  Now more than ever, we need to unquestionably believe that divine intervention will eventually set us free.  Remember, for every dark Friday in life, there is a resurrection Sunday!  Stay safe.  Stay healthy.  And have faith.